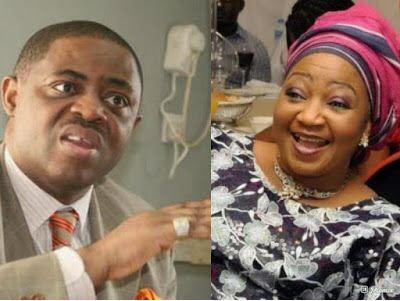 Nigeria former Minister of Aviation, Femi Fani-Kayode, has called on the Yoruba Summit Group to act now by defending the yoruba people, following the murder of Mrs Olufunke Fasoranti.
MackenzieSkyBlog gathered that Late Mrs Olufunke Fasoranti 58, was slaughtered in cold blood by Fulani herdsmen along Ore road, on her way back to Lagos after visiting her aged father Pa Reuben Fasoranti, the leader of Afenifere.
See also: Buhari Stops The Importation Of Military, Medical & Other Security Uniforms
The former spokesman to ex-president Olusegun Obasanjo, took to his Twitter page to share press statements released by the Yoruba Summit Group and warn that there will be consequences for this evil act.
He wrote:

"I have just spoken to my brother Yinka Odumakin and he has confirmed to me that the daughter of our very own Baba Fasoranti, the leader of Afenifere, was slaughtered by Fulani herdsmen in Ore today. This is the final straw.
"The Yoruba MUST act NOW. We must defend our people!
"No matter how long it takes this shall not go unpunished or unanswered. There will be consequences and justice will be served. We have long memories. We shall not forgive or forget."