Ole Gunnar Solskjaer - "I Want To Build My Team Around Pogba" 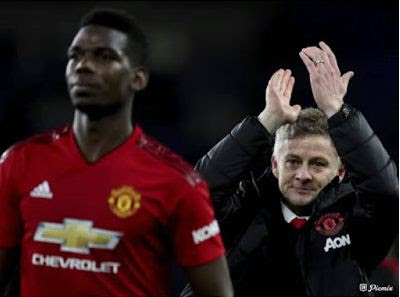 Manchester United head coach, Ole Gunnar Solskjaer, has come out to calm the transfer rumours involving star Paul Pogba.
He said that he still hopes to build his Manchester United team around Paul Pogba despite the Frenchman admitting he wants a “new challenge”.
When asked if he still believes Pogba is the man to get United back to the top?
Solskjaer said:

"Paul is a fantastic player, a fantastic human being and has always been a great professional.
"I've had a great relationship with him, I had him in the reserves a few years back.
"And I said [previously], 'if he's in your squad, you'd build your team around him', and I haven't changed that much since then, so I would say the same now."

See also: Pogba & Lukaku Arrives Manchester United Pre-Season Tour Amid Transfer Speculations
The French star has been on Real Madrid's transfer top list since the transfer window opened and the Spanish giant have had several bid for the player turned down by the Red Devils who want to build their team around him.
Tags # SPORT
Share This