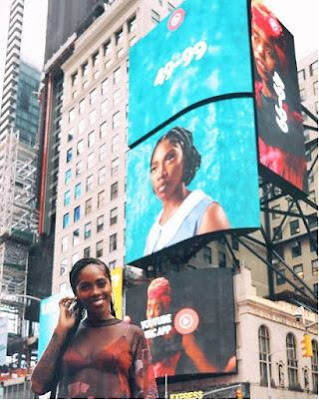 Nigerian female music star, Tiwa Savage, expressed her joy after seeing herself on a billboard at the New York times square.
The visibly joyous singer who posted a short video on her Instagram page was seen screaming, “Oh my God!” while she kept staring at the billboard.
Capturing the video on her page, she said;

Tiwa’s recently released music video, 49-99, was played and advertised on the big Times Square screen.
The mother of one was in the news recently for standing against Xenophobia going on in South Africa, where foreigners are being killed brutally.
She had cancelled her planned appearance in South Africa following the recent xenophobic attacks in the country.
See video below.. 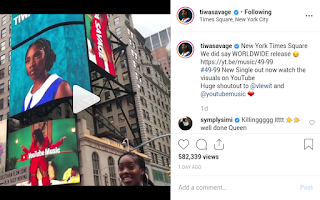