BEEF - MI Finally Hits Back At Vector, Lectures Him In New Track 'Viper' 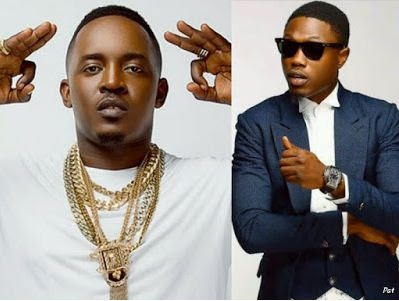 The beef between the two Nigerian rappers, MI Abaga and Vector seems not to be ending anytime soon as MI took to his newly released rap singer titled 'Viper', to hit back at Vector.
Vector had earlier released a song titled 'Diss', where he disclosed his hatred for MI, saying now he's dissing him.
Many fans have been expecting MI to reply Vector's rants for a while and now he has shown that he his a master in the game as he just released his rap single titled 'Viper' on world teachers day. Probably to schooled Vector properly on maturity.
Calling him by his name Lanre, the undisputed champion MI said he knows Vector hated him from day one.
He said:

"So the Viper want to war with me? I swore by my name because there is no higher authority. I will not destroy you, instead i will give you maturity.
"Your soul isn't clean and your heart is full of impurities.
"That your son is taller than you, does not mean he won't dobale.
"Your fans will tell you to revenge, but will they crowd-fund you when it's time to pay your rent?."

MI schooled Vector, quote the bible for him, send him to read psalm 1, he his also using him to trend and make cool money for himself.
Click To Listen Below...