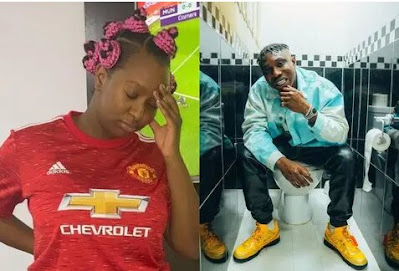 Nigerian billionaire daughter and singer, Florence Ifeoluwa Otedola popularly referred to as DJ Cuppy has taken to her social media handle to raise alarm that she can't explain why her colleague Zlatan Ibile blocked her.
The Nigerian disc jockey took her verified Twitter page to ask why Zlatan blocked her on Instagram and WhatsApp despite their close relationship.
She disclosed that it already ten months now since he has done that.
Recall that on the fifteenth of August, 2019, DJ Cuppy released her single, "Gelato" that features Zlatan Ibile. The song went on to be a hit song that was generally welcomed by Nigerians.
However, it appears things have gone sour between the two artistes and Cuppy who may be stunned by the act has taken it to Twitter to ask why the blocking occurred.
She expressed that they were closed friends and the song they worked together on were hit songs, so why?
Cuppy wondered why Zlatan had blocked her without any reason, saying she is only human and has emotions as well.

"10 months later and I sometimes still wonder why @Zlatan-Ibile blocked me on WhatsApp and Instagram without ever saying why; we were actually friend...And 'Gelato" was a hit.
"I am human, and I have feelings too," she tweeted 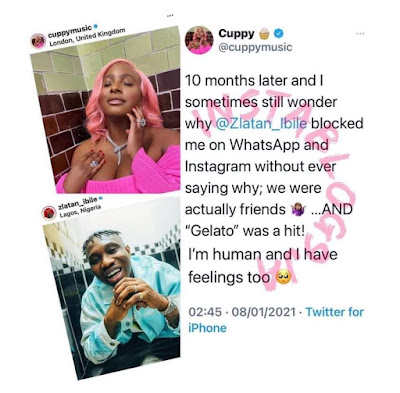