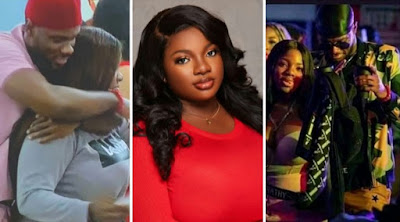 BBNaija season 5 first runnerup, Dorathy Bachor has at long last accepted that she is currently in a romantic relationship with her co-housemate Prince Enwerem.
Dora who was hosted in Calabar by her fans, alongside popular singer, Iyanya took to her Twitter page to share a video of herself and the artist while they were having fun at a night party.
READ ALSO - Just In - Veteran Nollywood Actor Jim Lawson Maduike Is Dead
She captioned the video;  "IYANDO To The World...E Choke 😐"
Prince, who was clearly envious commented on the post.
"That’s why you were running from Calabar BUMBLEBEE," he tweeted
Also, Prince's younger sister @shadesoflight3 who came across the post jokingly threatened to release a receipt showing that Prince and Dorathy are in a relationship.
"If I reply this tweet with receipts, you will strangle me oo 💁," she wrote
Dora had no other option than to openly proclaim "PRIDO TO THE WORLD ".
READ ALSO - 'I Wonder Why Zlatan Blocked Me On Social Media' - DJ Cuppy Cries Out
Her fans and the "Prido shippers" couldn't contain their excitement, as they overflowed the comment section applauding Dorathy for finally recognizing them.
See the tweet screenshots below... 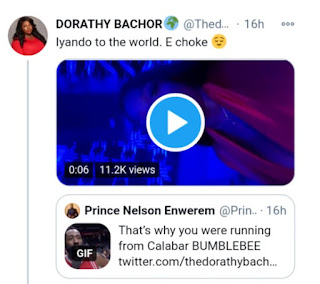 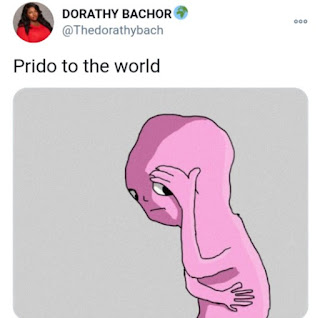 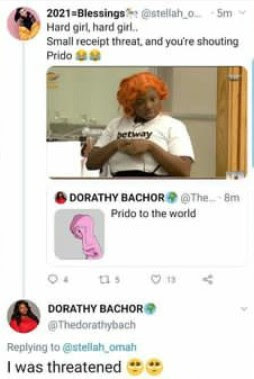